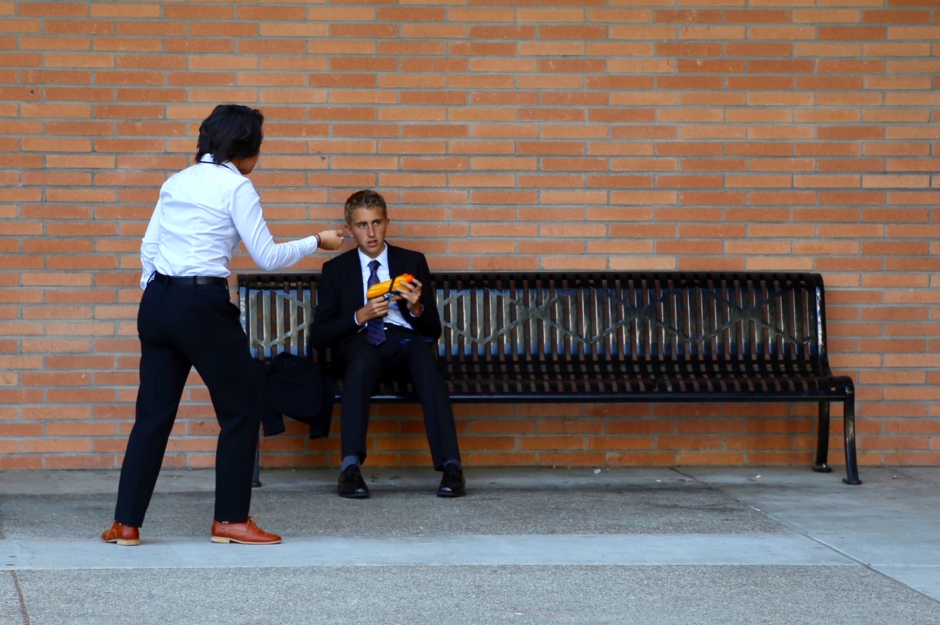 “A wise man once said” was my friend Conner Wise’s favorite way to start a speech, because no matter what he said, it would be true, because he was the “wise man.”

So, scared of presenting? Does it cause anxiety, nervousness or fear? Well, it shouldn’t. Regardless of this statement, approximately 74 percent of people have glossophobia, the fear of public speaking. Let’s get down to business and see why addressing an audience is not such a bad thing and how to improve those abilities.

Compose
In times of emergency, the brain secretes the hormone Adrenaline and the body experiences a “rush.” This trait evolved in order for our ancient ancestors to fear deadly situations, such as being attacked by a predator, and explains why people are able to push their limits when in a state of emergency. While the human population is no longer being chased by woolly mammoths and saber-toothed tigers, the rush of adrenaline when one is scared is real. In fact, the Yerkes-Dodson Law in psychology states that one performs ideally in difficult situations when there is a low arousal, and vice versa. So take a deep breath. Realize that if others have to present too such as in class for a grade, they are also nervous. If mistakes are made along the way, that’s okay–learning how to speak is a work in progress. Even people who compete at the highest level of speech and debate competitions mess up their orders at restaurant drive-throughs. Take a deep breath, and everything will be okay.

Come ready to talk about the presentation content. Sure, it may be easy to fool someone who does not know anything about the subject, but chances are that there will be at least someone in the audience that knows an obscure amount on the topic. Fact-check what to say and make sure that it is credible. It would be unwise to get up to speak while not knowing what to say. Saying the wrong thing can cause credibility to plummet. Flashcards, presenter notes, even specific movements can help remember where one is in a speech and become a better speaker. Coming to the table with thorough understanding of a topic can, too. Not only that, but being composed and ready will help formulate what to say and boost confidence.

Practice
There’s a reason that teachers may say not to fall in love with the first draft of an essay–not practicing a speech is the same thing. When people watch the first time content is delivered, it’s evident when one hasn’t practiced. Whether it’s writing the speech on index cards or talking to a mirror in the bathroom, it’s a good idea to rehearse. This prevents mistakes that would have been made in front of the audience and allows a clear roadmap to be drawn in the presentation.

Still need more help? Join a Speech and Debate team for further information on how to become the best speaker in class and dazzle people with superior speaking abilities.