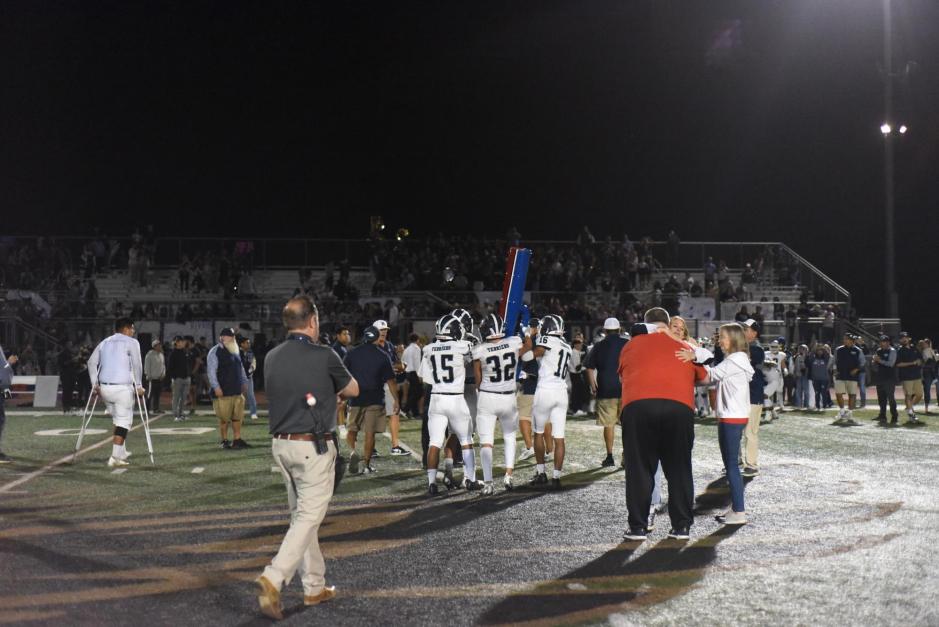 The annual Redlands Smudge Pot took place on Oct. 20, which ended with the Terriers taking back the Smudge Pot trophy.

By nine minutes and 37 seconds left of the second quarter, Redlands High School’s first score of the game occurred; a touchdown and successful kick. Ending this quarter with a score of 6-7 with the Terriers in the lead.

Throughout the game, cheers and jeers could be heard from both the Wildcats and Terriers. When it was the third quarter and the Terriers were leading by a point, the student section for RHS, the Boneyard, cheered “Why so quiet?”

Once with 10 minutes and three seconds and the second occurring with nine minutes and 48 seconds left in the third quarter, there were two false alarms that the REV had scored a touchdown. Just five seconds later, there was an attempted touchdown by the Wildcats, but the Terriers intercepted the Wildcats’ pass.

With barely two minutes left on the clock of the fourth quarter, RHS managed to score a touchdown and a kick garnering them seven points which put them in the lead by only one point. After getting one down and with only twenty seconds left, the Wildcats unfortunately were not able to make up for the loss, leading the Terriers to win the 25th annual Smudge Pot.

The final score of the game was 19-20 with the Redlands High School Terriers winning the 25th annual Smudge Pot game.