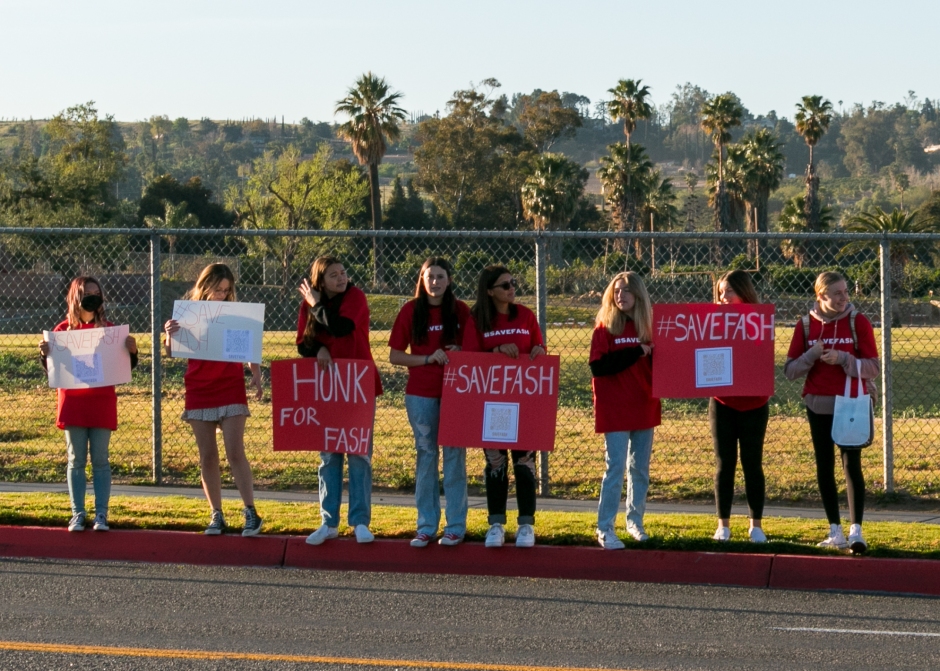 By MAURICIO PLIEGO and SPENCER MOORE

On March 17, a protest was organized on Opal and Colton Avenue by #savefash, a movement created by the Redlands East Valley Associated Student Body junior class in hopes of reinstating their advisor, Matt Fashempour, of eight years.

Members of the ASB class felt that there was not an explanation given.

Robert Clarey, the REV Principal, says, “ This is a personnel decision and, as such, it would be unprofessional of me to discuss openly.”

Shannon Cockerill, current senior and ASB Executive President at REV, says, “I realize protest and petitions don’t guarantee anything, so at the very least, I hope Fashempour gets an explanation and he see’s just how many people support him and appreciates everything he does.”

Clarey says, “I hear the rumors as well, it is unfortunate that a lack of information causes people to make up their own narrative. People feel the need to be in the know…or at least to appear that they are in the know.”

More students joined the crowd throughout the morning prior to the start of school. Participants received shirts printed by a parent of one of the students involved and held student-created posters.