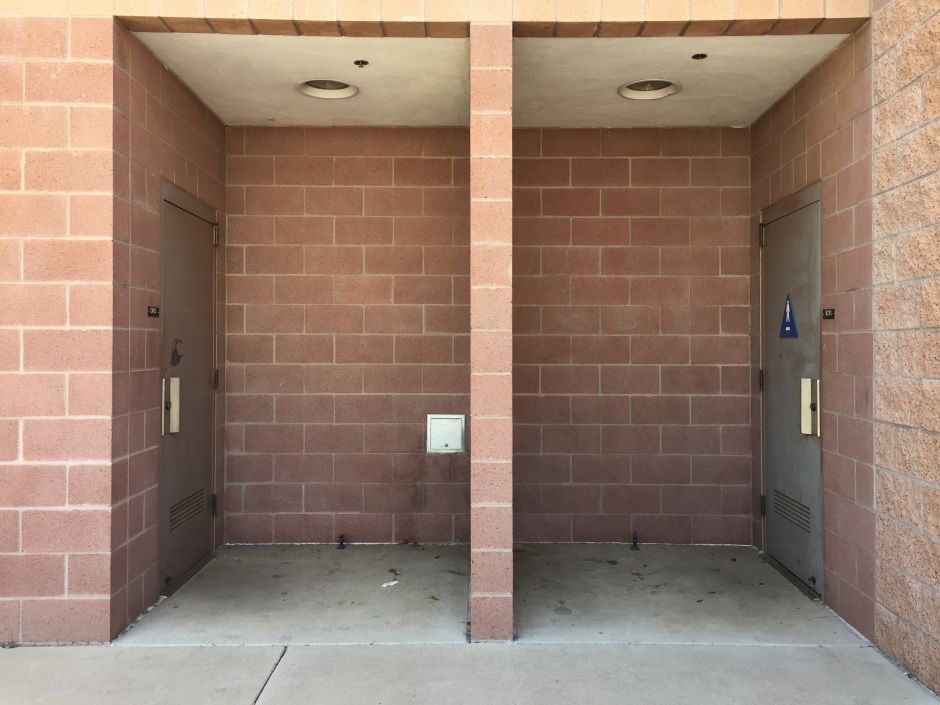 At Redlands East Valley High School, student access to the restrooms has been limited. Since the end of August, the upstairs bathrooms in the K-wing have been closed.

The upstairs student restrooms in the K-Wing of Redlands East Valley High School have been closed since August. After the Devious Licks trend, REV administration thought it would be best to close the restrooms for the safety of students and to limit vandalism. (Ella Fitzpatrick/ Ethic News photo)

During each passing period — an eight minute time frame — the restrooms quickly become crowded with students. This is because there are only two restrooms for males and two restrooms for females open on campus with a student count of almost 1,900.

“Once when I really had to go to the bathroom, the line was so long that I was two minutes late to my class,” says Alicia Gullon, a senior at REV.

With every student that waits in line, another student may be late to class or must wait until another passing period and hope the line is shorter then. This may cause a rise in tardiness among students.

REV security officer Molly Gonzalez said, “From my standpoint, all of the tardy students that I deal with, they want to be tardy. They could care less. And I think that we forget that there are other students who do care.”

Some students, as well as staff,  who have been late to class or have been otherwise affected because of this issue believe the second floor bathrooms of the K-wing should be opened.

“I don’t think it is something we need to debate. It makes sense to open it. I think it should be an easy fix,” says Gonzalez.

According to assistant principal Ron Kroetz, restrooms are closed due to a lack of supplies provided by the Redlands Unified School District including soap dispensers and toilet seat covers. This shortage is connected to the Devious Licks trend that began on TikTok in September. The Devious Licks trend encouraged students to steal and destroy school property which put everyone on campus at risk.

“These social media trends are tough to deal with sometimes when kids are being encouraged to vandalise the school,” says Kroetz.

As a solution, administration agreed to close the restrooms upstairs impermanently.

The school has also been short on officers, an essential part of campus safety. By opening up the bathrooms upstairs, security would need to accommodate and split up where they patrol.

“We don’t have enough staff to keep an eye on them,” says Kroetz.

With a lack of security officers on campus, they often have to be more vigilant.

“Recently, we have had girls go into the restrooms and start fights,” says Gonzalez, “And safety is going to overrule convenience.”

One thought on “Closed restrooms open discussion about safety versus convenience”