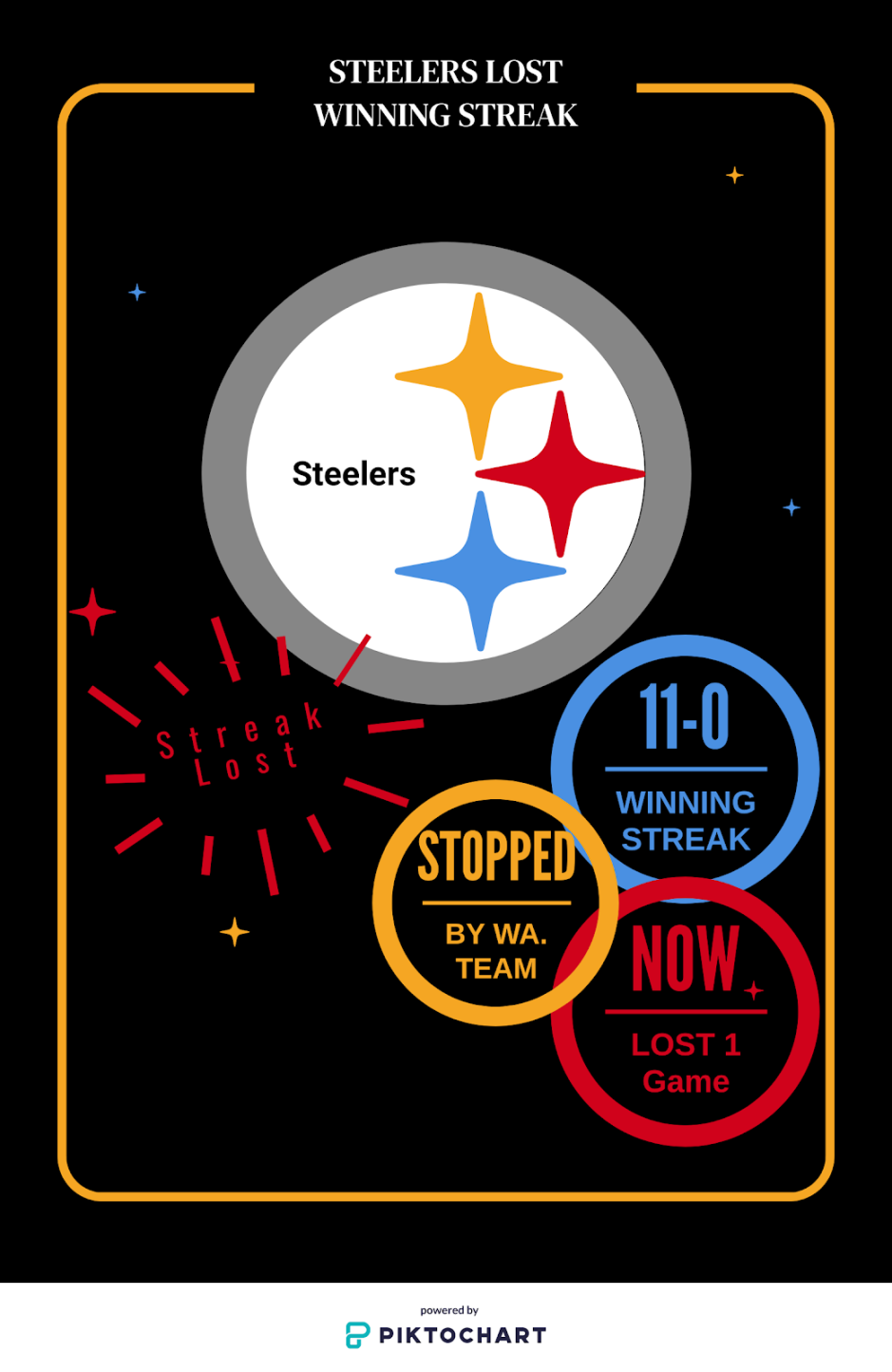 By LILY SHAW and MAURICIO PLIEGO

The Pittsburgh Steelers, led by head coach Mike Tomlin, were thriving on a 11-0 winning streak. Multiple games were suspenseful near the end, like game 4 against the Philadelphia Eagles and game 6 against the Tennessee Titans, but the team did not let their fans down until Week 13.

Although the team was undefeated, they faced a couple of bumps in the road this season. The game versus the Baltimore Ravens was originally scheduled for Thanksgiving Day. However, it was then moved to the following Sunday, and then to Tuesday, and finally to Wednesday Dec. 2 after a reported COVID-19 outbreak on the Ravens team. Beforehand, two players were critically injured. After the Steelers’ first game of the season against the New York Giants, offensive tackle, Zach Banner, was injured. A torn ACL was reported on Sept. 17. After an MRI, his season was over. Later on Nov. 11, linebacker, Devin Bush Jr., tore his ACL and underwent surgery shortly after the incident. Sadly, the 22-year-old’s season was also cut shorter than planned.

We asked a fan what the most “nail-biting” game was for them. Ivy Walker, a freshman at Redlands East Valley, said, “The Ravens game last night was the most anxiety-filled game for me because they [Ravens] are our rivals. We’re undefeated, so we couldn’t lose the game. Our offense was not doing the best, and they kept dropping easy passes. But in the end, we barely won the game.”

Another Steelers fan was asked what game he had the most confidence in. Isaac Marshall, a sophomore at Citrus Valley High School said, “I felt the most confidence in the game against the Jacksonville Jaguars. I felt so confident because in the past the Jaguars have not had many good seasons, and they have not done so hot this year either.”

Do you believe they can reestablish dominance?

My Tweets
Join 436 other subscribers