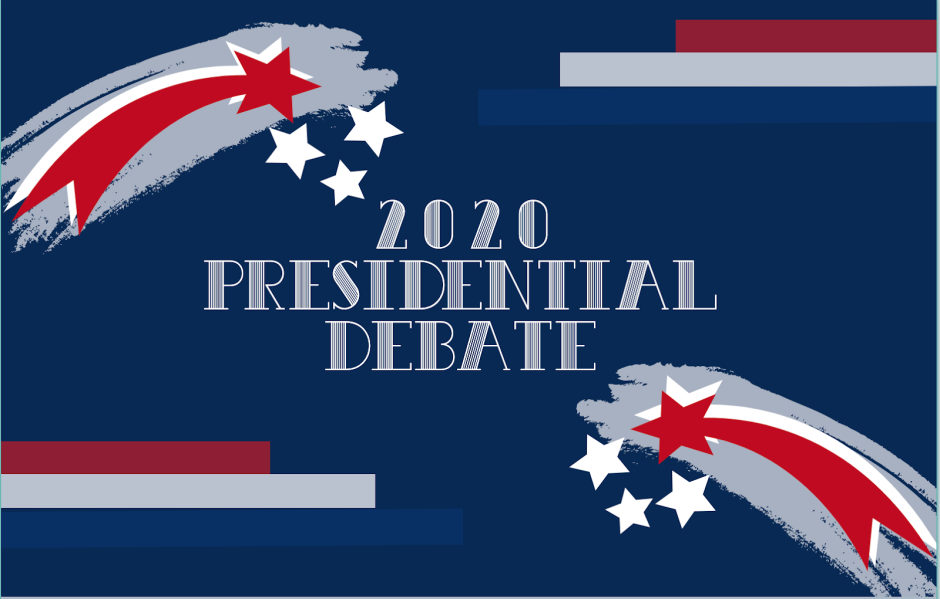 Before the debate transpired, both parties previously agreed that each candidate was allowed a two minute uninterrupted response time, but this agreement was quickly disregarded.  Despite Wallace’s efforts to keep the debate equitable and professional, both President Trump and Biden did not adhere to the rules and persistently interrupted each other during the opposing candidates response time.  These frequent interruptions disrupted the fluidity of the debate to the point where Biden asked President Trump to “shut up man.” In addition, both candidates repeatedly accused each other of lying to the American people which was followed by many headshakes, sarcastic smiles, and denials.

Many students within the Redlands School District watched he debate, some of which are even eligible to vote in the upcoming election. This was the case for Jack Tetrault, a senior Redlands East Valley High School who states “the debate was chaotic and unprofessional”.

Another student, Ashley Gonzalez, a sophomore at Citrus Valley High School, says “throughout the debate, both candidates were out of line, however the President seemed to have a sole purpose to attack the Democratic Candidate, Joe Biden”.

Regardless of their constant disputes, several political, social, and economic topics prevalent in today’s society were discussed. Some of those topics and each candidate’s corresponding viewpoints will be briefly reviewed in this article.

Image of both presidential candidates at the first Presidential Debate of 2020 , which took place in Cleveland, Ohio on Sept. 29. (Photo credit to Patrick Semansky /The Associated Press)

Following the death of Supreme Court Justice Ruth Bader Ginsberg, President Trump nominated Amy Coney Barrett, an American circuit judge on the U.S. Court of Appeals, to replace Ginsberg.  In regards to President Trump’s decision Biden said,“It is just not appropriate to do this before the election.”  President Trump had a different opinion stating “We won the election and have the right to do it.”

During the debate, President Trump’s management and strategy to prevent the spread of Coronavirus was challenged.  Biden claimed that President Trump “has no plan” and “panicked” when Covid-19 began to spread rapidly throughout the country. Biden further claimed that Trump is “totally irresponsible” in “the way he’s handled social distancing.” Trump countered Biden stating that Covid-19 was “China’s fault,” and Biden is incapable of doing his job, because he does not “have it in [his] blood.”

In regards to the United States economy, President Trump declared that it was the “greatest economy in history” until the Coronavirus hit. Trump asserted that in order to rebuild and progress the economy, “you have to open the states up.” Biden contradicted the President’s assertion stating that only “millionaires and billionaires” are flourishing in the economy since the pandemic, and President Trump has “no intention of making it better.”  In response to Biden, President Trump said that if Biden enters political office in 2020, he “will close down the whole country.”  Biden further expressed that “we need to take care of the needs of the American people.”

When the debate shifted to the topic of race, Biden claimed that President Trump “does virtually nothing” for the African American community and accused him of being a “racist.” Additionally, Biden professed that President Trump tries to “generate racist division.” Trump retaliated saying Biden has called the same community of people “super predators,” and the “radical left” has Biden “wrapped around their finger.” He stated that Biden has treated the African American community “about as bad as anyone in this country.”