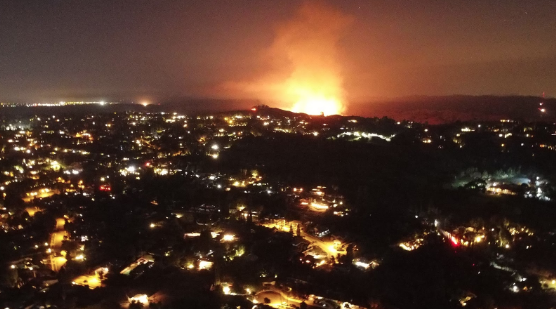 A brush fire in San Timoteo Canyon has prompted mandatory evacuations for about 50 homes. This wildfire, named the “Bruder Fire,” has burned over 100 acres in South Redlands as of 5:42 this morning, according to the CalFire Statewide Fire Summary. As of that time, it was about 30% contained.

Both CalFire and the Redlands Fire Department have been working to extinguish the blaze since it started around 9:00 pm Wednesday. Evacuations have been ordered for households south of East Sunset Drives from Edgemont Drive to Puesta Del Sol Street, as well as homes north of Live Oak Canyon Road, according to CalFire. A total of 265 firefighters are dispatched at the scene.

American Red Cross has set up a Temporary Evacuation Point at Redlands High School for those affected. They recommend that households close to the blaze park their car outside in the direction of an evacuation route, close windows and doors to prevent smoke from entering and wear long sleeve shirts, pants and gloves.

The Bruder Fire is the latest fire of this record breaking California fire season. A fire weather watch has been put into place due to high temperatures, low humidity and high winds.

The cause of the fire is currently under investigation.