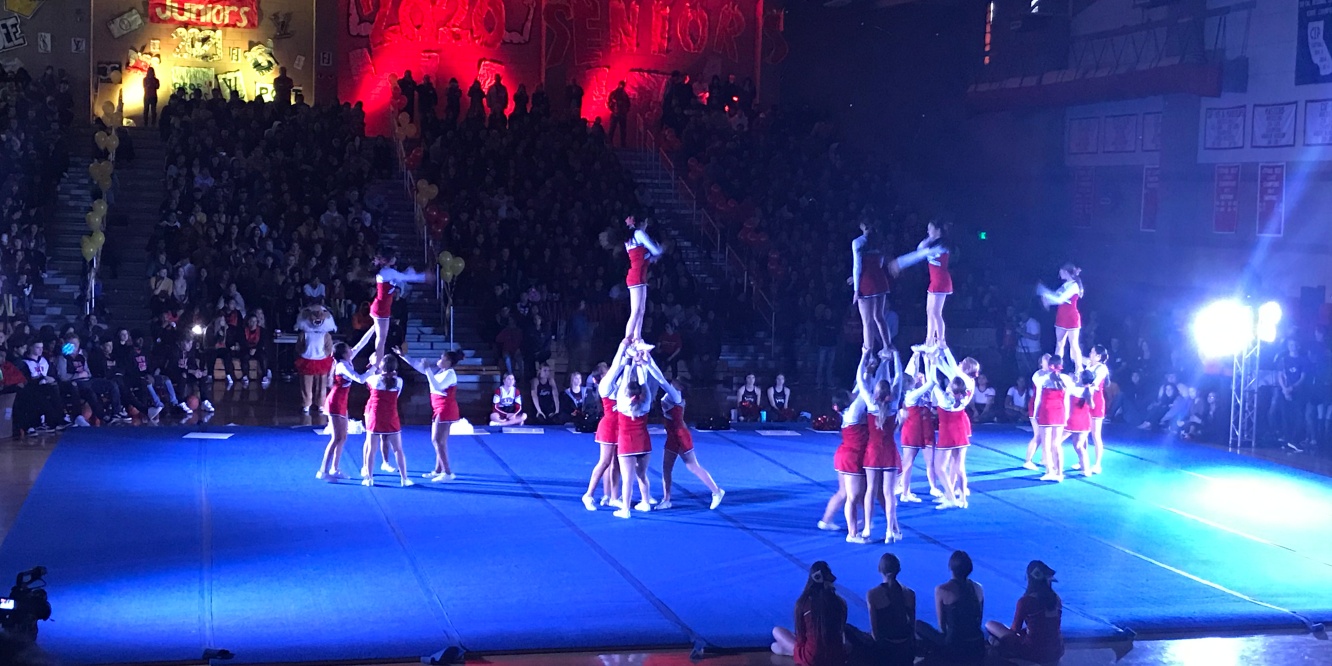 As Redlands East Valley High School welcomed its students back from winter break, they kicked off the second semester with a spirit week leading up to the first pep rally of the new year on Jan. 17.

The theme for the week and rally was based off of the CBS network television show Survivor.

The spirit week consisted of Monday as “untamed” with crazy hair styles, Tuesday as “take a ride on the wild side” with animal print attire, Wednesday as “worn out” with distressed clothes, Thursday as “survival of the fittest’ with athletic wear.

The REV Associated Student Body organized the winter sports rally that lasted for approximately an hour and took place between fourth period and lunch on Friday.

There were different games such as a TikTok dance-off, performances from the competition cheer team, the Song team, the Wildcats Dance Team, and Pacific Culture club.

The varsity winter sports captains were also announced to kick off their seasons. These sports included, soccer, water polo, wrestling, and basketball. The captions were able to introduce themselves and let students know what sporting events would be occurring in the winter months.

Then the pep commissioners entertained the crowd by placing a bet with the basketball teams. The boys and girls varsity basketball team participated in a 30-second three-pointer competition. If the boys team won, Ella Moss-Vasquez, senior, and Jasmine Aguirre, senior, would have to dye their hair and if the girls team won Josh Hinojos, senior, would have to dye his hair. The boys ended up winning and in the middle of the gymnasium Moss-Vasquez and Aguirre had to dye their hair red.

After all of the class call competitions and games, each classes scores were tallied up and the senior class won with a total of four points.

The pep commissioners concluded the event by encouraging the student body to attend the upcoming Genesis event and singing the alma mater.

The students that attended had many different reactions to their first rally back from break.

Junior, Ozzie Ozonoh, said she “thought the pep commissioners had a great idea with the survivor theme. I also loved how they had the three point contest and they dyed their hair.” Her only complaint is that the “juniors definitely won the class call” over the seniors even though the DJ, who acted as the judge, said otherwise.

Junior Amelia Campos said “the class calls are definitely my favorite part because it shows pride, not only for our class, but for the entire school too”.

Freshman, Marin Mohr, who is in ASB and on the cheer team said  that she is “really excited to be involved in events like this. Being a member of ASB allows me to work alongside other students to put on a fun rally for everyone and raise school spirit. Our goal for next time is to keep getting better and better.”