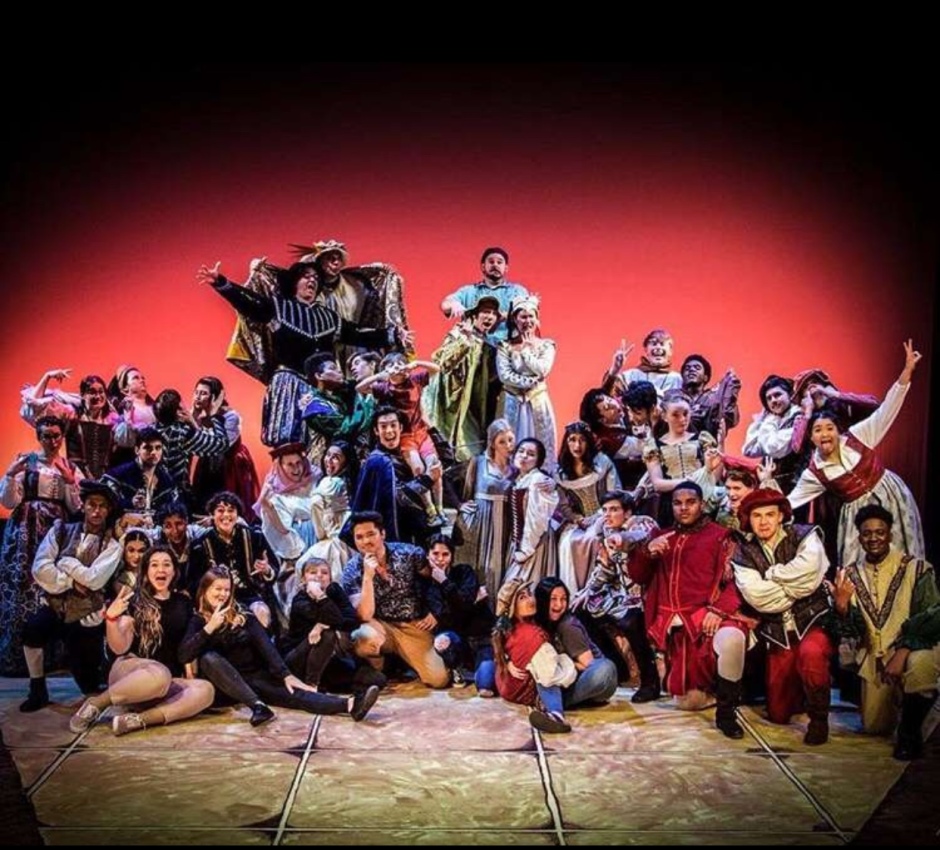 Teenagers acting out Shakespeare for almost three hours: sounds like torture right?  Citrus Valley’s Blackhawk Theater Company proved that wrong by bringing the beloved Shakespeare classic “The Tragedy of Romeo and Juliet” to life in the Blackhawk theater.

With professionally choreographed fighting scenes, hand made costumes and a double cast, the show was not one to be forgotten.

At Citrus Valley, the talent for performing arts is top of the line, and for those who auditioned, it was so high that it took a several hour call back session and ultimately a double cast to give justice to all the individuals’ talent. On April 26 and May 1 the “Capulet cast” performed, featuring Allison Johnson as Juliet, Ricky Powers as Tybalt, and Khanh Tran as Nurse; their performances were outstanding with several unique aspects in acting style: Juliet being sweeter and somewhat innocent, the Nurse more hot-tempered and humorous and Tybalt fiery. The next two nights (which included closing night) of May 2 and 3, starring Monique Garcia as Juliet, Eddie Barajas as Tybalt and Amber Neuscheler as Nurse, were just as magnificent as the previous two.  Juliet was more ambiguous, showing how truly young and immature she is, Tybalt was more self-controlled and Nurse was more caring with attitude.

Almost all lead roles in the show where double casted; however, not the second in the pair of star crossed lovers, with the role of Romeo being performed all nights by Citrus Valley Senior Jackson Bottorff. For one to take on a role as big and complex as Romeo’s, they would need to really understand the character, finding their flaws and strengths, and Jackson did just that. In the first scene starring Romeo, the audience learns that he quickly became heavily invested in relationships and love because he is “heartbroken” over Rosaline not returning his love and her future as a nun; however, in this production, when two girls come out in the middle of Romeo and Benvolio’s conversation about Rosaline, Romeo proceeds to stare at the girls with quick fascination, forgetting all about Rosaline for a quick second. This helps to truly show how fast Romeo can move on, which is also seen later on in the play when he immediately falls in love with Juliet. Jackson also chose to portray Romeo with more humor than is implied in the original script, as we see him sneaking up and surprising the Friar by slapping him with his cape when he is asking the Friar to marry him and Juliet. Jackson portrayed Romeo’s age with his immaturity and eagerness perfectly. He allowed the audience to see new sides to the fictional character, with realistic emotions, movements, and voice.

Another lead role, Mercutio, was played by Michael Cohen, who left the audience’s stomachs hurting from all the laughter that was produced in the first act. His gestures and delivery of lines were spot on, and, throughout the play, he changed his voice tones to keep his character humorous and entertaining. For this character, it was crucial that he do this as there are many long and confusing monologues spoken, such as the “Queen Mab” speech. Michael completely embodied Mercutio, bringing his lines to life with his humor.

In theater, almost every move is perfectly organized, but for Romeo and Juliet, this was amplified because of all the precise fight scenes. The show contained three major fight scenes, which took numerous hours to make all the components work together and look real to the audience. All those hours paid off as, whenever there was a fight scene, the audience was taken back to a time of sword fighting, and it was pulled off so well that every stab, slash, and hit looked completely real, with the actors looking actually hurt. When it comes to staged sword fighting, it is important that the actors know what they are doing and practice to ensure no one gets hurt, while still looking real to the audience. In these scenes, the actors positioned themselves so that when they went in to kill the opponent the slash looked genuine.

With a screen running in the background throughout the play displaying beautiful colors of the sunset and emotions of the characters, the eyes of the audience were able to connect to the simple yet charming backdrop. The stage was painted to look like a real red brick road that would be found in a square of a Renaissance-era Italian city, and it featured a medium-sized fountain that actually worked, with water running through it during the play.

The Blackhawk Theaters production of the Renaissance play truly did entertain, allowing for the audience to be taken back to that time. The play had all the elements that everyone knows and love about the Shakespeare classic, but what made the show truly special was how the whole company worked together to make sure every component was pulled off flawlessly.