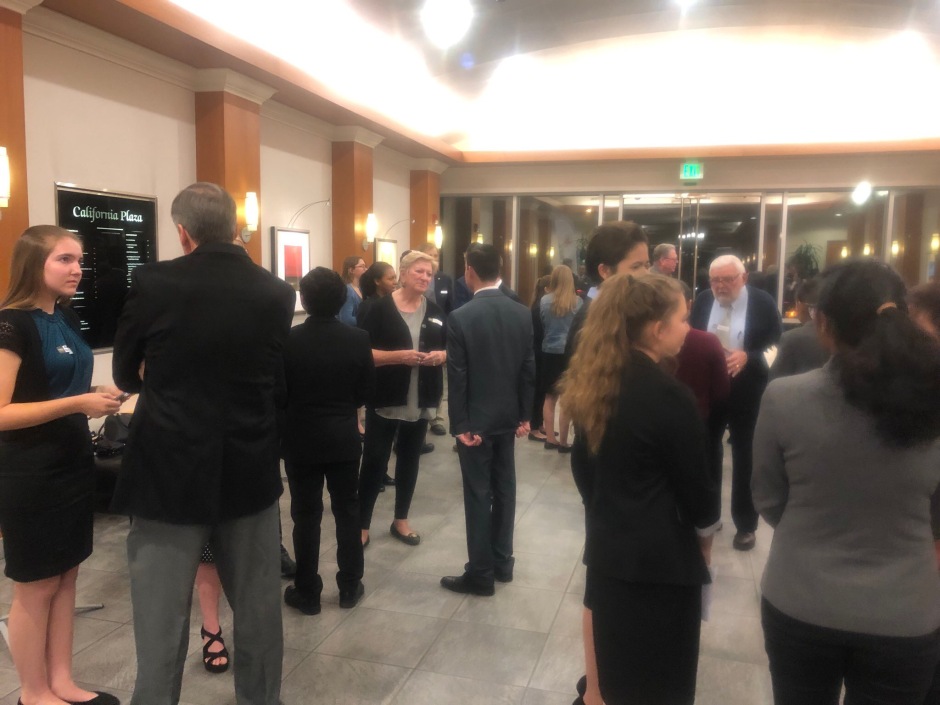 Scholarships, business etiquette and being able to have professional conversations are all life skills an adult develops in the real working world, but what if they could have a guiding hand in the process and could start getting these experiences earlier on as a teenager. In Compact Club, students are given the opportunities to practice these skills at social events called mixers. Their most recent one was held on Nov. 13.

According to Maddy Skidmore, the co-president of Compact club at Citrus Valley, “A mixer is an opportunity for compact kids to socialize with adults and learn about their careers, which provides us with more insight on what our future career may be from people who have already been through the same field who can give us tips on how to get there.”

The mixer held on Nov. 13 had many different professionals from several different careers, ranging from Redlands police Chief Christopher R. Catren to representatives from mostly all the branches of the military. Students were exposed to professionals of various fields, and were able to ask them questions about their job and get advice about a future career in that occupation and adulthood.

“Mixers have taught me how to network, improve my social skills with adults and develop public speaking skills,” stated Itzel Nunez German, co-president of the Citrus Valley club for the past three years.

For many of the students at Citrus Valley, this mixer was their very first. “It was an amazing experience and the environment was very professional, yet welcoming, because you could just tell that the people present wanted to help you and give you advice for your future even if you were not going into the profession they were representing,” commented Grace Holle, a sophomore at Citrus Valley who experienced her first mixer.

Researchers from Pennsylvania State University and Duke University found that youth who scored higher on social skills measurements were four times more likely to graduate from an undergraduate institution. The social skills the students in compact learn are critical for adulthood as they will be necessary for the future for achieving basic job success and independence.

However, this particular mixer stood out due to the location change, as for the first time it was held at CalWest Bank located in Redlands. Students were greeted at towering glass doors and then led into a conference room where they could set down their belongings and begin to network with the representatives. A scene change was not the only difference that the mixer held from previous years, as many new representatives from many new careers were also present.

In Compact Club at the beginning of the school year, members are encouraged to submit an essay called an MYG project, which stands for Multiple Your Generosity.  The purpose of this essay is to explain how a student would give back to the community if they were given 100 dollars, and students who won were granted 100 dollars. They must then follow through with the proposal in order to win a scholarship worth 500 or 1000 dollars. The project helps teach students to give back to the local community and how to network. The essays were to be submitted in early November, and at the Nov. 13 mixer, the winners of the proposals were announced. There were 11 submissions between Redlands High School, Redlands East Valley, and Citrus Valley compact club members, and all submissions were granted.

Compact Club can be found at all three Redlands School District high schools, and mixers are where all members from all schools can come together to talk to adults who are representing their profession and willing to give advice about their careers and the future and create lasting connections.

2 thoughts on “The Compact club mixer provides networking, scholarships, and guidance for students”