Due to the lack of funding in the Redlands Unified School District in years past because of the 2008 recession, school resource officers on the district’s high school campuses were laid off. However, recently with the complete fulfillment of the district’s budget, RUSD high schools will now implement school police officers. As Superintendent Mauricio Arellano said during the school safety forum hosted in Citrus Valley high school’s auditorium at 7 p.m. on Aug. 29, 2018, “Our ultimate goal is for people to understand and be comfortable with why we have school resource officers.”

With the community becoming increasingly concerned over safety precautions within the district, the Board of Education, the LCAP budget committee, and the Superintendent’s decision answered these issues with the renewal of school resource officers. Two San Bernardino County sheriff departments will contribute officers to this new proposal. Redlands East Valley high school currently has a sheriff deputy on their campus, while Redlands High School and Citrus Valley High School are in the process of installing one Redlands’ police officer in each school.

Superintendent Mauricio Arellano’s main focus during the school safety forum was to communicate a greater understanding of the resource officer’s purpose and their impact on the school campuses. Superintendent Arellano explained that a school resource officers intent is to have an approachable presence. The officer will have many fluid responsibilities within the legal and lawful government authority. As Chief Chris Catren of the Redlands police department said, “They will be on site; they are going to be integrated with the entire community.”

The resource officer initiative will have three years of funding approved by the district board. 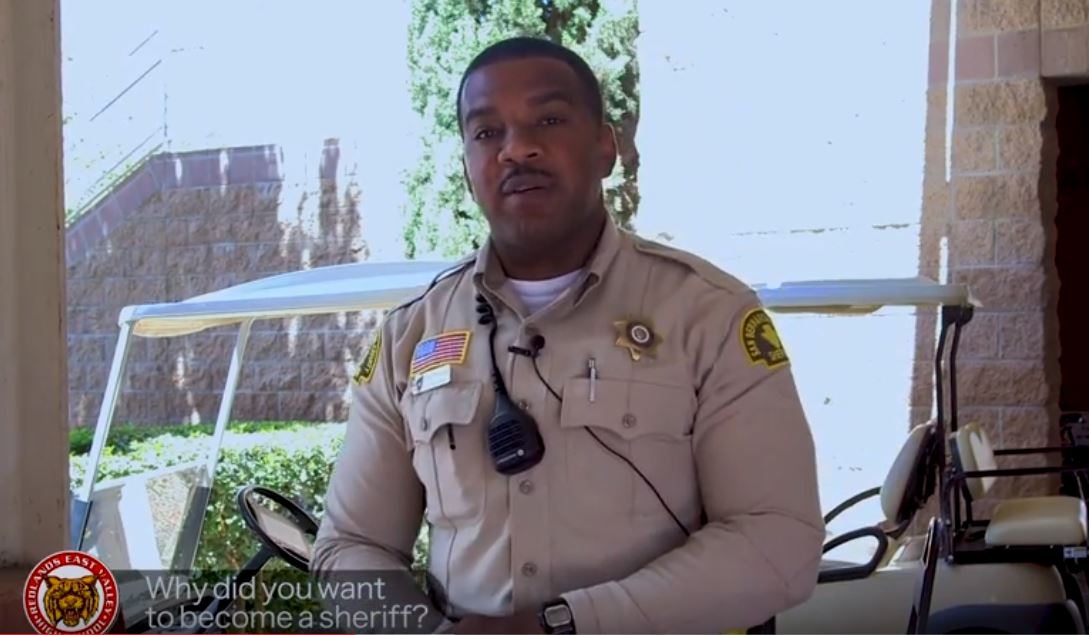 Sheriff’s Deputy David “Big Mac” McDermott was introduced to Redlands East Valley High School students on the Sept. 28, 2018 edition of REVWeek, the school’s video production show. In the video, McDermott answered student questions regarding his background and experience, why he became a deputy, conflicts he has experienced, and what he plans to bring to REV.           (Nestro Flores/ REV Advanced Video Production)