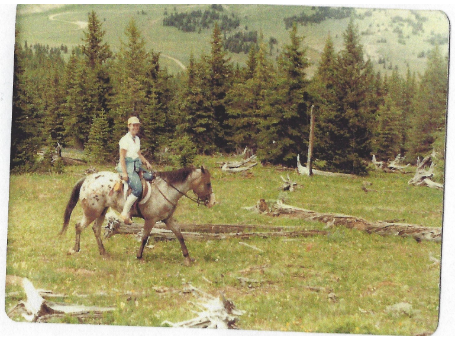 The students at Citrus Valley High School were surprised on their first day back from summer break for the 2018-2019 school year. The farm that had been in the middle of the parking lot near Robert J. Hodges Stadium was now completely gone.

It was on Jan. 16, 2018 that the owner of the farm, Ellen Disparte, passed away at the age of 95. Six months after her passing, her house and farm were torn down and the construction of the school parking lot began.

Under eminent domain, the City of Redlands ordered Disparte to sell her land so that Redlands Unified School District could build a necessary high school to address the growing population on the north side of Redlands. Under the Fifth Amendment, federal, state, or city governments can execute their power of eminent domain to take private property from their citizens as long a fair compensation is given to the owner.

After a lengthy court battle in Oct. 2006, a settlement was reached. Disparte would receive a payment of 3.1 million dollars. In the negotiated settlement, there was a stipulation on the agreement. Disparte would be able to live and maintain three acres of her land, but she would be required to pay one dollar a year to lease the three acres of property from the city. The high school was then built around her remaining property, according to the Redlands Daily Facts article “Redlands school to get its parking lot after ‘fearless’ 95-year-old passes away” by Jennifer Iyer.

For some students and faculty on campus, the farm owned and maintained by Disparte made Citrus Valley unique. Seeing Disparte’s farm helped many in the community see and feel the historical farming sense of culture, which Redlands is known for. “[The three acres that Disparte leased] gave a glimpse into history and how land in Redlands used to be, with all the Citrus trees, the animals and sounds you were really brought back to this city’s and land’s history,” stated Jacquy Herrera, a Sophomore at Citrus Valley High School.

Now that Disparte is deceased the construction of the parking is near completion. The farm has been reduced to asphalt and white lines in which students can park their cars. Future classes will not hear an owl hooting, roosters crowing, as they rush to their first period. “It was so interesting hearing a peacock every morning as you come to school,” said Wheeler.

However, there is a toolbox made from some of the planks of the floor from the house that sits on the front desk in Citrus Valley’s office marked Disparte farms.

“Since her passing, the district has been able to move forward to complete the plans that were developed many years ago. We were able to remove some of the wood floorings from her home and it has been made into a decorative box that says Disparte Farms and it sits proudly at our reception area,” stated Rhonda Bruce, principal of Citrus Valley.

It is common that schools and buildings on school property have such dedications to people who contributed to the founding of the structure and made a difference in the lives of the students who have attended the school.

“They should have at least a plaque,” said Abhi Balakrishnan, a junior at Citrus Valley and an officer in the Club TedEd.

Adults that knew Disparte and many Citrus Valley students feel that there should be, in addition to the toolbox, some type of acknowledgment or dedication to her such as a plaque or garden on the exact spot that the farm was located to recognize and give acknowledgment of the farm’s existence on the school. Without the unique stipulation placed exactly on the settlement, the community might never know the rich history that was part of Disparte’s farm. “The woman that owned the farm at Citrus Valley held great significance to the history of Citrus and her land should not be remembered as a parking lot but as a garden or at least a small plaque remembering her land,” said Alicia Gullon, a freshman from Redlands East Valley.

This idea of a plaque or dedication to the exact place of Disparte’s house can become a reality. According to Wes Cullen, Assistant Principal at Citrus Valley the graduating class of 2019 can choose to go to ASB and decide to have a dedication to the farm as their senior project.

As Redlands moves into the 21st century, people can consider remembering it’s past and the historical significance that this house and other farms in the area have contributed to making the community one of a kind. This farm allowed the people of Citrus Valley High School to stand out and put its mark in Redlands history.