Milky buns. These two words are the reason people make the drive through multiple cities simply to fulfill their ice cream craving.

Ever since the first Afters Ice Cream opened in 2014 in Fountain Valley, California, their business has expanded into other Southern California cities like Pasadena, Rancho Cucamonga, and Long Beach.

Afters Ice Cream is notable for their late business hours, 12 p.m. to 12 a.m., which is perfect for teens wanting to get a late night dessert, including their famous milky buns, unique ice cream flavors, and wide variety in toppings.

The milky bun, a warm glazed donut with a cold delicious ice cream scoop stuffed inside along with your choice of toppings, is one of Afters’ most popular choices.

Their selection of ice cream is quite unique, consisting of flavors like Milk and Cereal, Cookie Monster, and Jasmine Milk Tea. From various cereals to traditional sprinkles,  Afters also has a ton of toppings to choose from to better flavor your ice cream.

Prices will vary depending on what you plan to get. 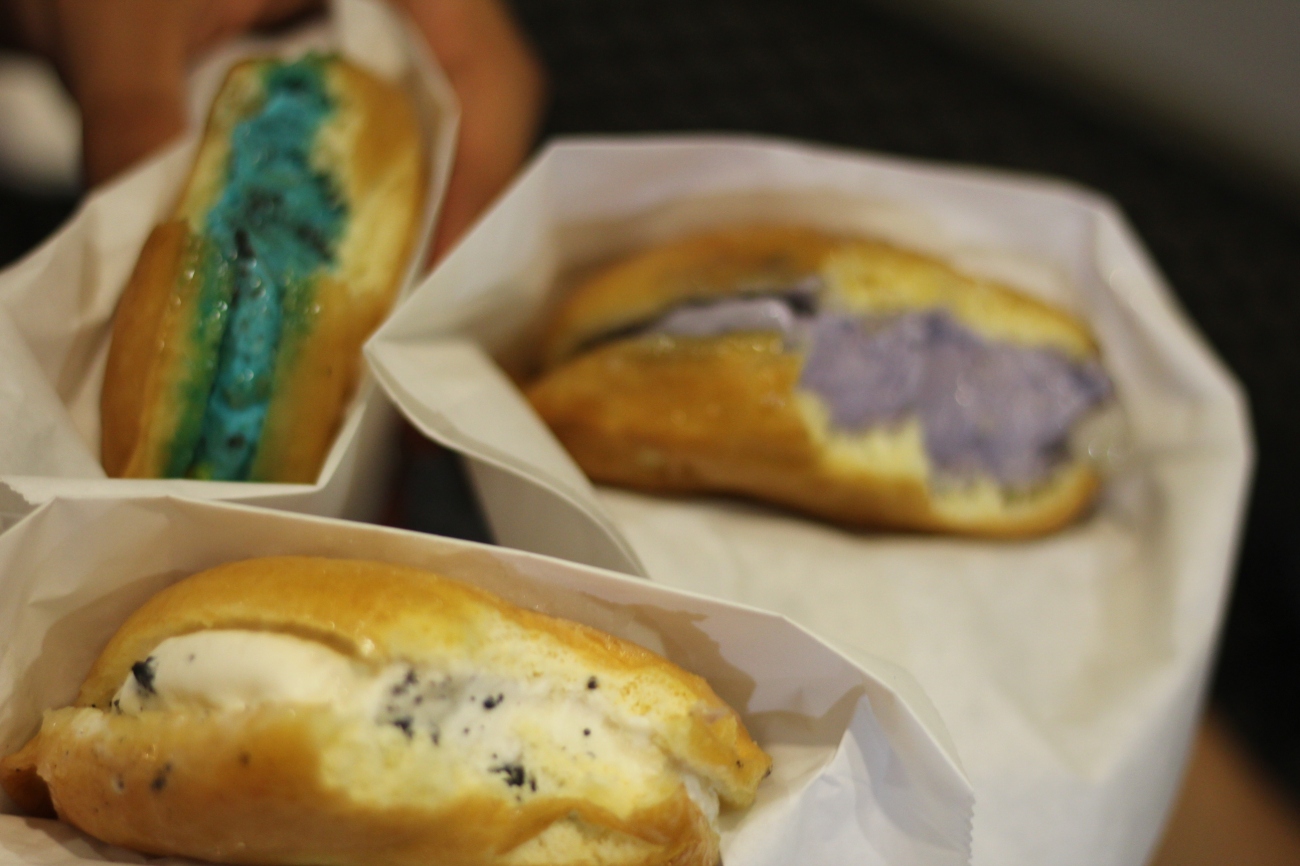 Pictured above are Afters’ famous milky buns, costing $6.50 each along with your choice of one topping, at the University Village location in Riverside, California. (Mia Aranda/Ethic Photo)

In addition to its delicious milky buns, ice cream flavors, and toppings, Afters also offers their own merchandise with slogans like “Anti Diet Diet Club.”

Unfortunately, Afters does not have a location in Redlands with the nearest ones being located at University Village in Riverside and at Victoria Gardens in Rancho Cucamonga. At the Riverside location, there is plenty of parking and a good number of surrounding restaurants, making for a relaxing day with a meal and dessert afterward.

There is no seating provided inside; however, outside there are a few tables and a fountain to sit on if needed. Pets are allowed outside, but only service animals are allowed inside the buildings.

In addition, their customer service is mediocre as sometimes they rush you when placing your order while other times their service is fantastic; it depends on who serves you.

While Afters offers a limited amount of ice cream flavors, the fact that they have more unique flavors compared to other ice cream businesses makes up for it.

So, if you are looking for plain flavors, such as traditional vanilla, Afters would not be able to help you out. With a price ranging from $4 to $10, Afters is perfect for individual trips or small groups.

If you ever have that late night craving for some savory ice cream or are just in the area, check out Afters. It’s worth the drive. 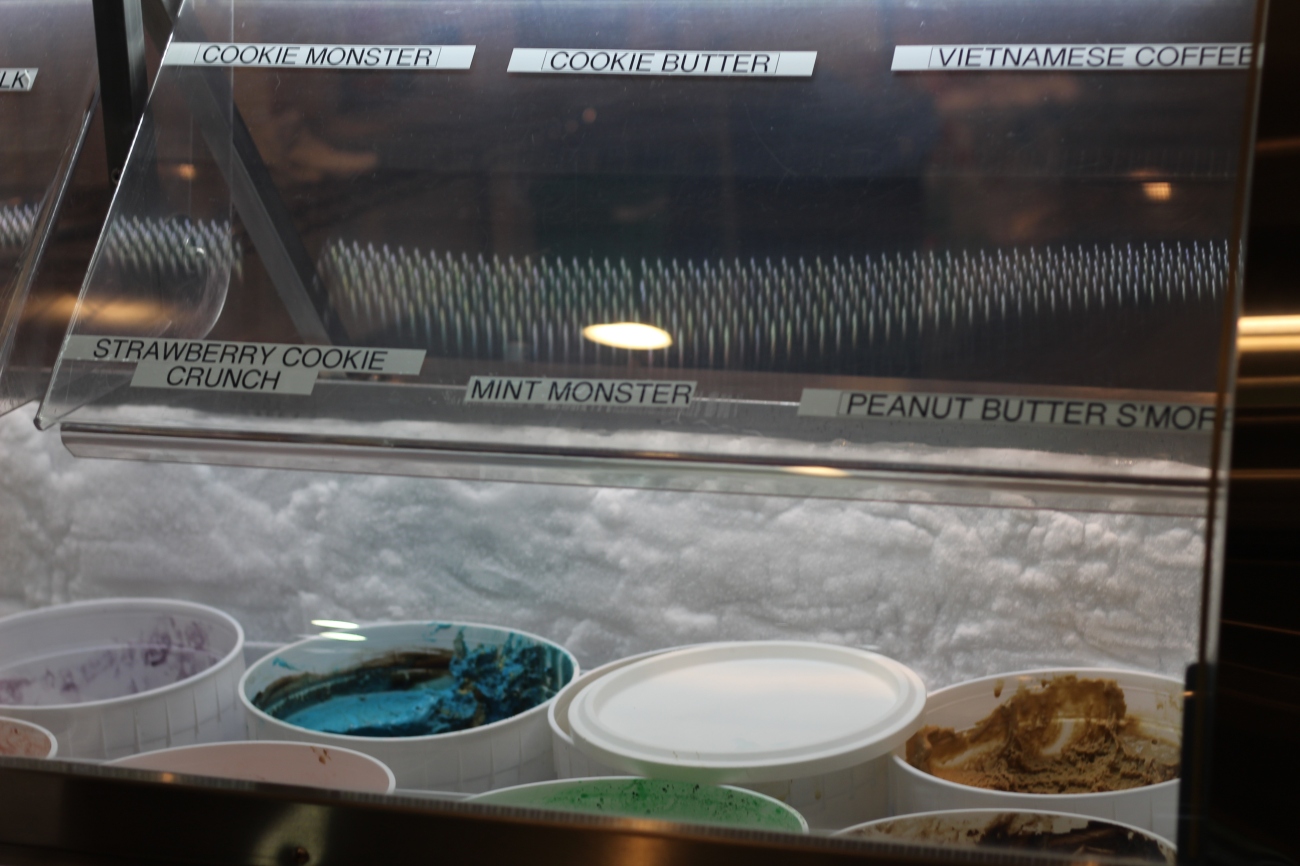 Although Afters doesn’t have a wide variety of ice cream, their ice cream flavors are considered to be quite unique, such as Vietnamese Coffee and Peanut Butter S’more as pictured, at the University Village in Riverside, California. (Mia Aranda/Ethic Photo) 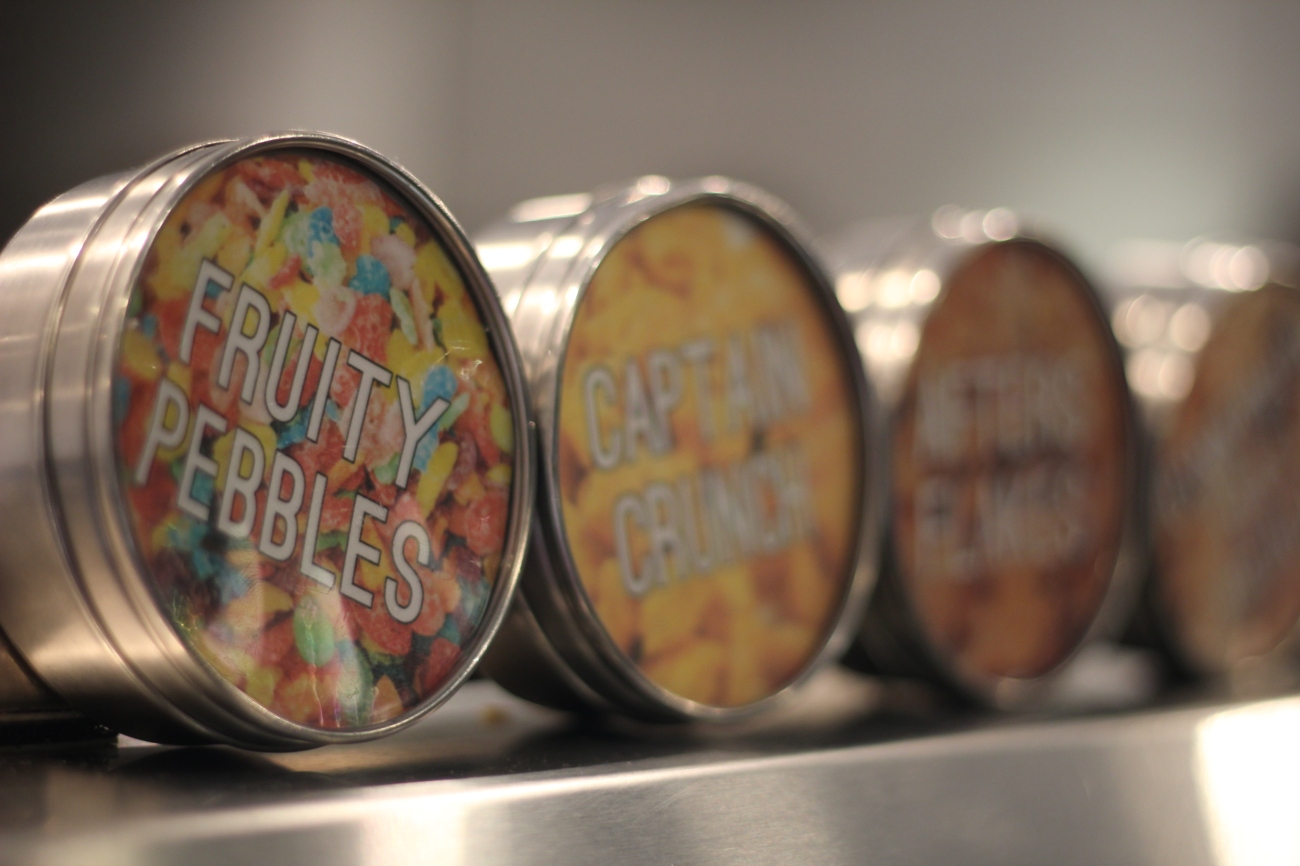 Afters has many toppings to choose from at the University Village location in Riverside, California. Toppings, costing $0.50 each, range from cereal to the traditional sprinkles. (Mia Aranda/Ethic Photo) 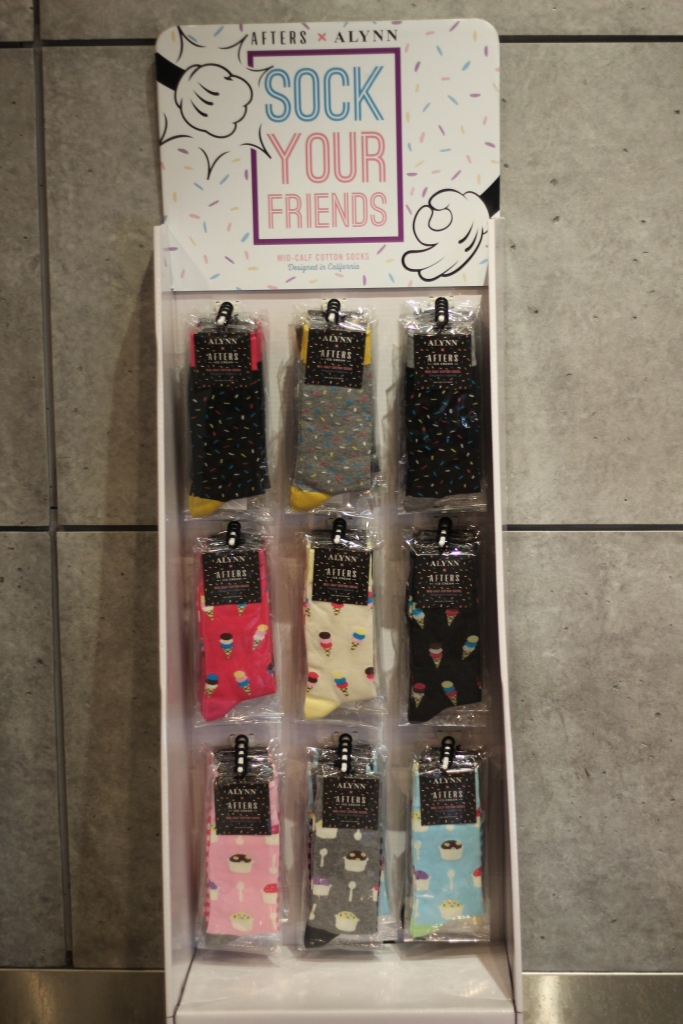 Afters also offers their own merchandise such as t-shirts, hats, sweatshirts, and socks at the University Village location in Riverside, California. The socks above have a simple ice cream pattern while other merchandise usually include original slogans like “No Diet Diet Club” or “Fear of Diets.” (Mia Aranda/Ethic Photo)

Overall Rating (out of 5): 3.5 (for lack of seating, mediocre customer service, and limited ice cream flavors)

After’s Ice Cream can be found at these following Nearby Locations: