On March 15, art students from Redlands High School, Redlands East Valley, and Citrus Valley High School got the privilege that only a field trip can afford: the ability to guiltlessly watch droves of fellow students trudge to first period knowing that for at least today, they are spared. With aching shoulders reveling in the absence of a book-laden backpack, this lucky group of students got to spend the morning in downtown Pasadena’s very own Norton-Simon Museum. 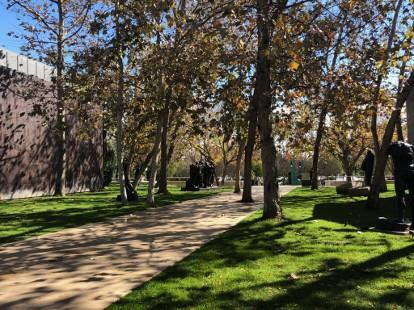 The exterior of the Norton-Simon Museum, with “The Burghers of Calais” statue in view.

Prior to entering the expansive glass and umber tile compound, they were received by staff who shared the institution’s driving hope to be “a place to bring friends, family, and, hopefully one day, grandkids,” before handing the group off to guides to truly see what this “family museum” could offer. And offer it could. From the great Italian masters Botticelli and Raphael to Pablo Picasso and Van Gogh, Norton-Simon possesses not only a distinguished collection of European art but also a world-renowned collection of South and Southeast Asian art that shows off over 2,000 years of rich sculptural and painting traditions. 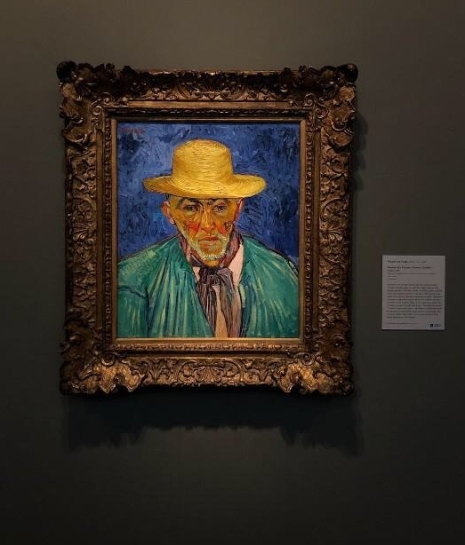 “Portrait of a Peasant” by Vincent van Gogh, featured in the Norton-Simon Museum.

In all, it was enough for one to contemplate what a world of difference it is to see an artwork in person rather than as a collection of pixels on a screen. Understandably, it is vastly preferable to use the technological godsend that is Google instead of braving time and nerve killing traffic to visit places like the Getty, LACMA or even the Norton-Simon Museum. But with the advent of digital eye-tracking technology, researchers have been able to discern that those who view a piece digitally tend to focus more on the most striking, visually demanding elements and thus a smaller portion of the work. Those who view the original artwork, however, tend to dwell more thoroughly on detail, texture and the narrative itself by canvassing attention across the entire piece. The flat, glossy screens that have made entire galleries of art effortlessly accessible unfortunately also come with the price of a constrained point of view.

In a study conducted by UK-based researchers at the University of Leicester, it was found that the actual physical behavior of the viewer differs compared to when in an art gallery versus in a lab with the digital reproduction. At the gallery, “participants would alter their stance to adjust their viewing position or distance…the head tilt behavior was much more prominent than in the lab.” The participants were also prone to tilt their heads in the direction that would match the orientation of faces seen in the artwork, which the study concludes “would corroborate with previous research which suggests the pull for viewers to read figures’ faces and to see them the correct way up.” This instinctive human connection shows that while digital images can capture increasingly high details that the naked eye cannot see, they often lack the propensity to encourage the viewer to look further into the artwork; where leaning in at gallery will reveal brushstrokes and the texture, zooming into a picture will just reveal more pixels.