At 10 a.m. on March 14, high school students all over the country united in remembrance of the 17 victims who lost their lives during the Florida shooting. Citrus Valley High School was one the many schools who participated, with approximately 200 to 250 students walking out of class according to Citrus Valley security.

Students who participated in the walkout at Citrus Valley walked out of the front gates onto Pioneer Street towards the freeway, with Citrus Valley’s security guards compliantly patrolling the streets as the students united in protest.

The Citrus Valley students collectively held hands and marched down the middle of the street, stopping incoming traffic, including trucks. The teenagers then bowed their heads quietly in remembrance of the victims who lost their lives due to gun violence. 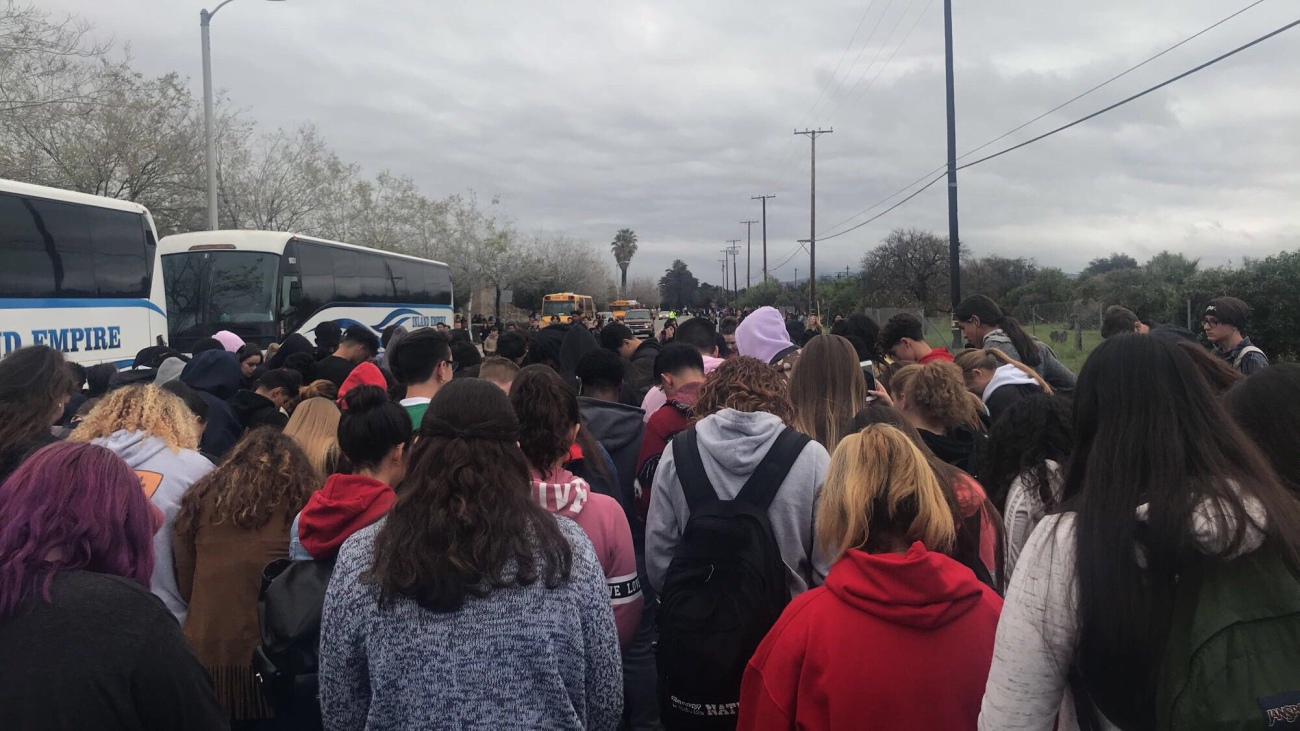 Citrus Valley students bow their heads for a moment of silence in remembrance of the 17 victims of the Parkland shooting. Photo by ANNAMARIE VIGIL

At 10:17 a.m., a majority of the students walked back to class through the office. According to security, some students tried ditching but were quickly caught. Following the walkout, teachers were asked to submit a new attendance roster to find who may have left.

Matt Hurlbert, a security guard at Citrus who helped ensure safety for the students, says, “I think it went very well, it was very respectful, from what I saw. And, like I tell the students that this is a constitutional right, a protected first amendment right. As long as you act accordingly amongst yourselves and showing class, then you can’t get in trouble for being involving your constitutional rights. Overall, it went very well.” 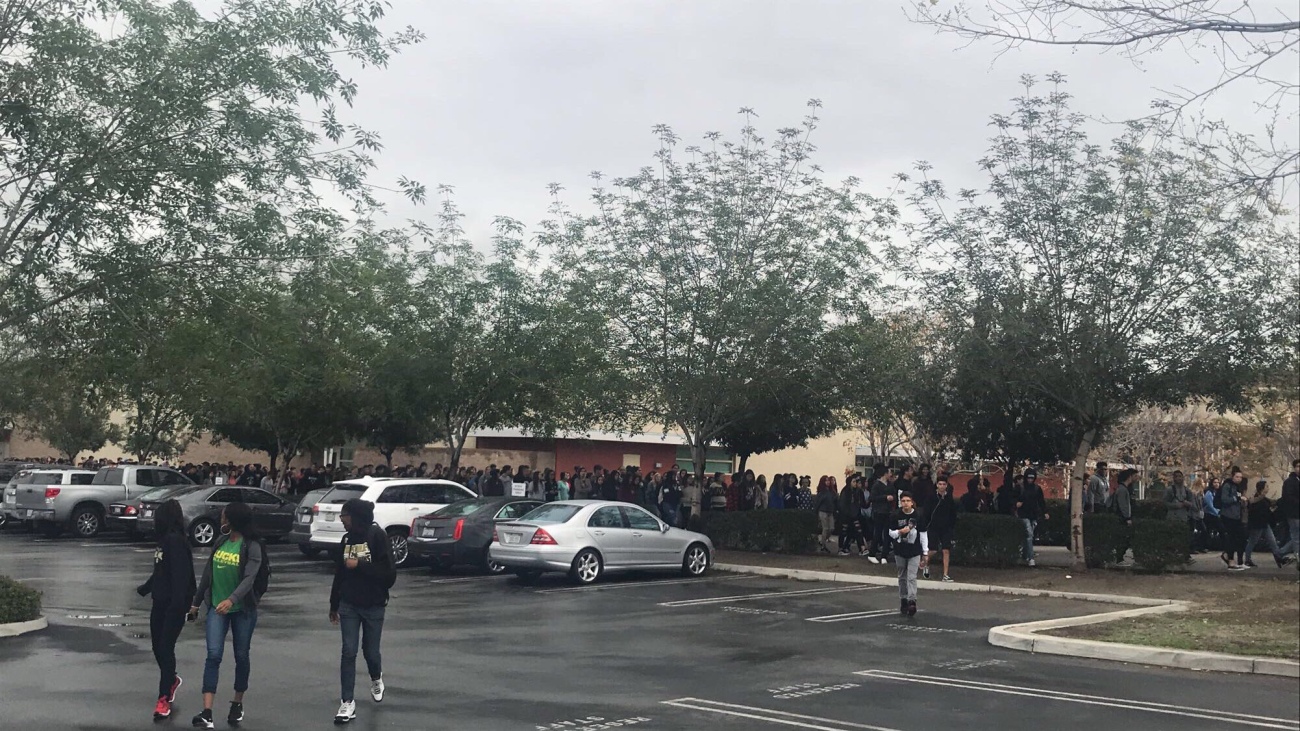 Most teachers remained unbiased, kept their opinions to themselves and continued regularly scheduled class activities.

Joan Snavely, telepresence paraprofessional aide at Citrus Valley, says, “I keep my opinion neutral so that students can make up their own minds on how they feel about the situation.”

Dorian Neighbors, a junior at Citrus Valley who attended the walkout, says, “I felt like everyone had good intentions, but it could have been more organized. The best parts of the whole thing was when everyone linked arms and bowed their heads down for a moment of silence, and then walking down the street still linked, I found that powerful.”