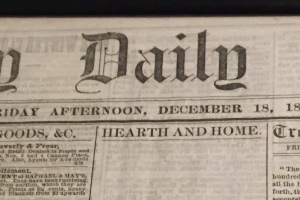 Analysis of 1868 newspaper reveals timely message: Freedom and potential of the press remain responsibility of both writer and reader

“Whoever controls what is written down and passed along controls the minds of the people. That is why it is of the utmost importance of all generations, now and to come, to protect the press’s freedom, as they also in turn protect their own freedom. Newspapers must remain […] 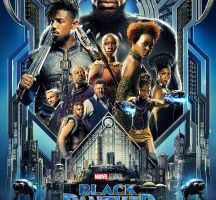 Black Panther exhibits cultural wonder By BRANDON SAGLAM The King of Wakanda makes his arrival in his first solo film, “Black Panther.” Directed by Ryan Coogler and hosting a star-studded cast such as Chadwick Boseman, Michael B. Jordan, and Lupita Nyong’o the film explores the struggle of taking […]

By CHRISTIAN MORRISON The Redlands Symphony Orchestra put on a stunning concert at the University of Redlands Memorial Chapel on March 3, 2018. The show featured five pieces of music that included the famed “Mission: Impossible” theme song as the final song. The first three pieces were brought […]

By ZOE MYERS At 10 a.m. on March 14, high school students all over the country united in remembrance of the 17 victims who lost their lives during the Florida shooting. Citrus Valley High School was one the many schools who participated, with approximately 200 to 250 students […]

How the #MARCHFOROURLIVES movement is turning children into leaders

Murillo, Arellano: Students ‘will not be penalized’ for participating in Mar. 14 walkout

By JESSICA LOPEZ Photos by BRENT ATHERLEY On Tuesday, March 14, 2018, Citrus Valley’s Spanish Club hosted their annual salsa contest during lunch in the Blackhawk Bistro. For the past four years the Spanish Club has been hosting this event to see who makes the best salsa on […]

Whiteboard Question: What are you looking forward to this spring break? 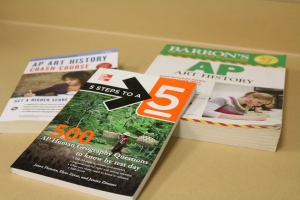 AP classes: Are they worth it?

By CHRISTINA ANDRONESCU With Advanced Placement testing season on the horizon and thick reams of review packets already being doled out, many students find themselves wondering whether taking these difficult courses now will be worth it in the end. Beyond the advantage of a greater competitive edge when […]

By MARYLOU SALDANA Rah-rah-rah! They came, they saw, they conquered. The Citrus Valley High School cheer squad won first place at USA Spirit Nationals. Since its origin in the United States during the late 19th century, cheerleading has shown exponential growth in popularity over the last few years, […]

Makeup guide: How to cake your face like a pro

By ANNAMARIE VIGIL Makeup can be a fun way to express creativity, art and style, but makeup can also be a huge headache to those who don’t know much about it. Of course makeup is not a necessity, nor is it mandatory for you to be comfortable with […] 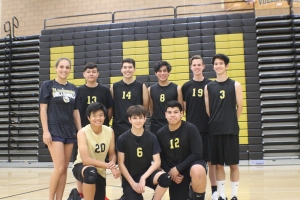 Photos by BRENT ATHERLEY On Monday, March 5 the Citrus Valley Boys Volleyball Varsity team defeated Arlington High School 3-0 at home. Coached by Tina Raddish, the Blackhawks wrap up the fourth game of their season with only one loss to West Valley High School on Feb. 28.

35th Annual Run through Redlands brings families together for charity

By ZOË MYERS On Sunday, March 4 at 7 a.m., the annual Run Through Redlands took place for its 35th consecutive year. This was to raise money for charities and scholarships to the local youth. The 5K, 10K and half marathon took place in Downtown Redlands, going through […] 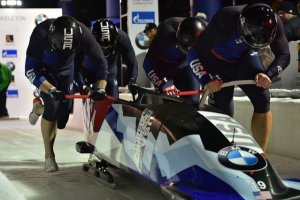 Flying home with medals and memories: Highlights from Winter Olympics 2018

By CAROLINA SANCHEZ On Feb. 9, 2018, the Winter Olympics had its opening ceremony: the games had begun. Before the opening ceremonies kicked off the games, North and South Korea came to an agreement: the North will send athletes, cheerleaders and Kim Jo Jong to the Olympics. To […]

A&E Hangouts: “Wok in” for the food, stay for the hospitality

By ALLIE KUHNS Wok In Cafe is located in Downtown Redlands and is known for the authentic taste within their Chinese food. Wok in Cafe is a great place to go with friends whenever. The employees are always nice and very welcoming. It is a small hole-in-the-wall restaurant […]