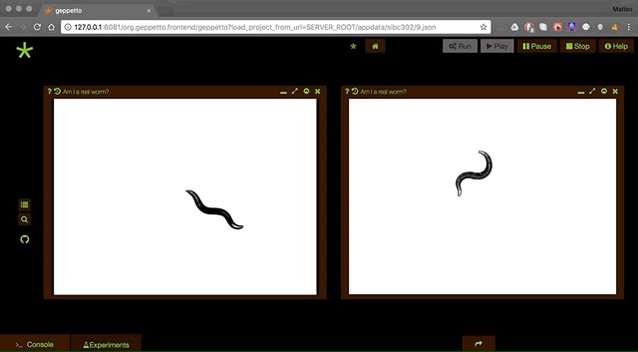 OpenWorm is a project dedicated to making the world’s first virtual organism. Recently, the collective has successfully digitized a worm brain and transferred the brain into a small Lego robot capable of moving in a real environment.

To elaborate, the Caenorhabditis elegans is a roundworm of only 100 cells. Capable of feeding, finding mates and avoiding predators, the worm is a paragon specimen for the experiment. In other words, the brain is primarily a system of electrical signals, and if those signals were to be mapped, theoretically an organism may be immortalized digitally.

The team behind OpenWorm was recently able to map all 302 of the worm’s neurons and map their connections. This resulted in an effective digital simulation of the worm’s brain on software. This allowed the team to create a Lego robot capable of traversing in a real life, controlled environment without any remote or artificial intelligence program.

Recently, the collective’s Twitter account shared an image of one Caenorhabditis elegans on a computer and an another, a mere simulation of the species. This image shows plenty of progress and the company tweeted out, “Alright alright – most of you guessed, left worm was the real one. Give us another couple of months `(or years) and let’s see if we can fool you.” This means that most worm experts cannot yet be fooled, but progress is being made.

Now there is still plenty of research needed for this project, for example the robot is not capable of eating or finding a mate, but it is a start. Though the collective is nowhere near being able to map the 100 billion neurons of the human brain, perhaps the research may lead to better robotics and artificial intelligence in the future.