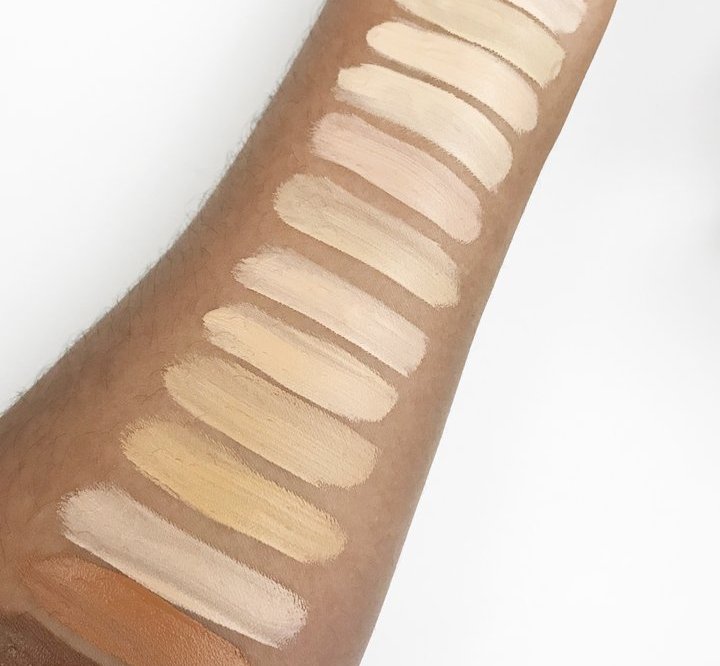 In 2016, Tarte released the original Shape Tape concealer which changed the makeup world completely, and according to Tarte Cosmetic’s official website, in 2017 this became the “best-selling, full coverage, vegan concealer” in the world. This creamy, blendable concealer provides a flawless matte finish which does not flake, crease or set into imperfections. For beauty gurus around the world, this product became a must in their daily routine, so when Tarte announced they would be coming out with a foundation version of the Shape Tape with the same full coverage and blendable formula, makeup enthusiasts across the globe were excited.

On Jan. 1, 2018, Tarte posted a video on Instagram with the caption “Are you ready to shape what your momma gave you in 2018? Coming soon to tarte.com & @Ultabeauty!” For many people this meant the release of the very anticipated Tarte Shape Tape Foundation. On Jan. 8, they then posted another video which said “America’s #1 concealer is getting a new bff… we’re another week closer to our newest launch.” At this point Tarte still had not clarified that they were releasing the anticipated Shape Tape foundation, but the beauty industry went wild and could not wait for the release, but once the foundation swatches were posted on Monday, Jan. 15, the beauty industry’s jaws dropped in complete shock.

The swatches featured 12 light shades, and three shades for people of color. For many, if not all, this was completely unacceptable. Makeup artist Jeffrey Star took the controversy to Youtube in a review of the foundation saying, “To me, foundation should go from A-Z. Tarte did like A-M skipped a whole bunch then did U, Z and that’s about it.” Coverboy James Charles said, “It is 2018 and I just cannot wrap my head around how this launch even passed in the first place… not only is a launch like this racist but it’s just really really stupid.” Tarte even went to the extent of disabling their comments on the post which promoted the product, literally silencing the voices of those who needed to be heard.

Since the controversy, Tarte has come out and said they will be adding five more shades to the line. Tarte has also posted an Instagram-story apology and explanation which was deleted after 24 hours, saying, “It may be too little too late, but we can assure you this was not meant in any kind of malicious way. We all just got caught up in #shapetapenation and seeing your tweets asking for it… We wanted to get the product out as fast as possible, and we made the decision to move forward before all the shades were ready to go.We know there is no excuse, & we take full responsibility for launching this way, we lost sight of what’s really important in this industry, & for those who feel alienated in our community, we want to personally apologize. We’re doing everything in our power to bring those unfinished shades to market as fast as we can, at any cost. We CAN and WILL DO BETTER.”

This apology sparked up even more controversy as to why people of color were still being seen as minorities by having to wait for their shades. Youtuber Jasmine Brown said “They might be coming out with shades later, but we’re still put last.” Makeup artist Lauren Curtis tweeted, “I think Tarte explaining the reasons for their non existent shade range for PoC has just made things worse. Essentially they’re saying that Caucasian people are their priority & PoC come second.”

As 2018 starts off, this is a huge step back for the makeup community, and Tarte especially. Leaders in the beauty community sincerely hope that Tarte will improve on shade ranges and release full launches rather than samples of select shades in the future.