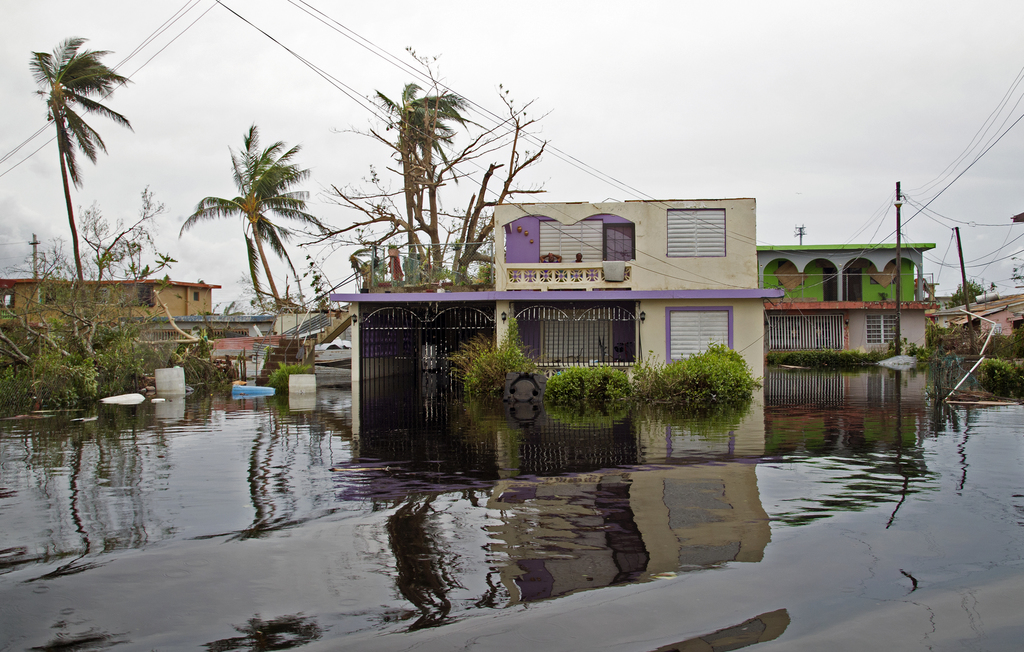 “Loíza, PR, September 21, 2017 – The community of Miñi Miñi flooded after the Carraizo Dam released water, due to the  overflow brought by Hurricane Maria.  The category 4 hurricane tore through Puerto Rico on September 20, 2017.  Yuisa Rios/FEMA” FEMA photo and caption from the official website of the Department of Homeland Security.

On Sept. 20, a Category 4 hurricane with 150 mph winds hit the Caribbean Islands and struck Puerto Rico. Hurricane Maria has left the island in a state of emergency with neither electricity nor sufficient supplies to meet the people’s needs. Luckily, many celebrities like rap guru Pitbull and baseball player Jorge Posada have offered an avenue for anyone to donate to humanitarian relief and even chartered flights to the island filled with food and water.

The island of Puerto Rico lies between the North Atlantic Sea and the Caribbean Sea with a population of approximately 3 million people. Puerto Rico has a unique situation in comparison to its nearby companion islands, as it has been considered a U.S. territory since 1917 and is the third largest island of the United States. With no electricity or fully-functioning cellular service, the island is in complete isolation. Only 63 percent of the islanders have access to clean water and 47 percent have no phone service. In addition to a lack of resources, the islanders must prevent dangerous viruses such as Zika and Scabies from spreading around the island which are both caused by mosquitoes. Three weeks later landfall, the death toll of originally 36 increased to 45. With the economy in shambles, diseases spreading, and limited resources, Puerto Rico is in need of serious help. FEMA photo from the official website of the Department of Homeland Security.

The Jones Act of 1920 declares that all shipment between U.S. ports must be on ships made in the United States. This act has become the main obstacle keeping Puerto Rico from receiving resources in a quick and timely matter. In an executive order, President Donald Trump lifted the Jones Act on September 28th for only a minimum of ten days as an emergency measure. Within that time, Puerto Rico was able to receive resources much faster and cheaper than before. Donald Trump also tweeted on Oct. 12, 2017, that FEMA, the military, and the first responders will not stay on the island much longer and help the Puerto Ricans. With flooded streets, destroyed homes, and a feeble economy, the Puerto Ricans continue seeking aid from the U.S. and continue luchando, or fighting, for their country.

Photo by FEMA Graphic from the official website of the Department of Homeland Security. Oct 13, 2017