There is a quite large, unnecessary, and frankly illogical elephant in the room that, for some reason, still needs to be addressed in 2017. The dress code in the Redlands Unified School District is overprotective, misogynistic, and redundant. According to the RUSD website, “many articles of clothing from being worn; ranging from tube tops to pajamas” are prohibited. Most is common sense–for instance, it is logical to ban facial paint and masks that cover the wearer’s face so that people are easily identifiable.

But where the dress code becomes odd is when we get to the more specific types of clothing. To quote the student dress guideline, the following items are prohibited from wear: “tube tops, halter-tops, muscle shirts, spaghetti straps less than inch, bare midriff tops, backless, strapless or open back tops, see-through garments, low-cut garments showing cleavage, off-the-shoulder apparel.” Now, the more one looks at this list, the less it starts to make sense. “What is the reason for banning off-the-shoulder apparel?” One may ask. “What is the big deal with open-back tops?” Another can only ponder. But the most glaring question is the simplest: “Why?” One can only imagine. When asked about why they were dress-coded, the response that most girls get who violate the above list of unapproved garments get the same few explanations: “It’s distracting to the learning environment,” “Too much skin showing” and so on and so forth.

This begs the question, who is it distracting? When did one child’s education become more valued than another? Because what the schools are saying when they dress code for “distraction” is that they feel the needs of a “distracted student” outweigh the lost education time resulting from being dress-coded during a passing period or while out at the restroom.

It’s not as though the types of clothing that are especially prone to being dress coded aren’t worn in the real world. In fact, according to the Washington Post, the first quarter of 2016 saw a 110 percent increase in the wearing of off-the-shoulder tops alone, and the figure has continued to grow since then. So, if this apparel is distracting, how can adults live with themselves when they see a woman walking down the street in an off-the-shoulder top? How can they not seethe with anger when a tube-top-toting individual rounds the corner, distracting them from their daily life? 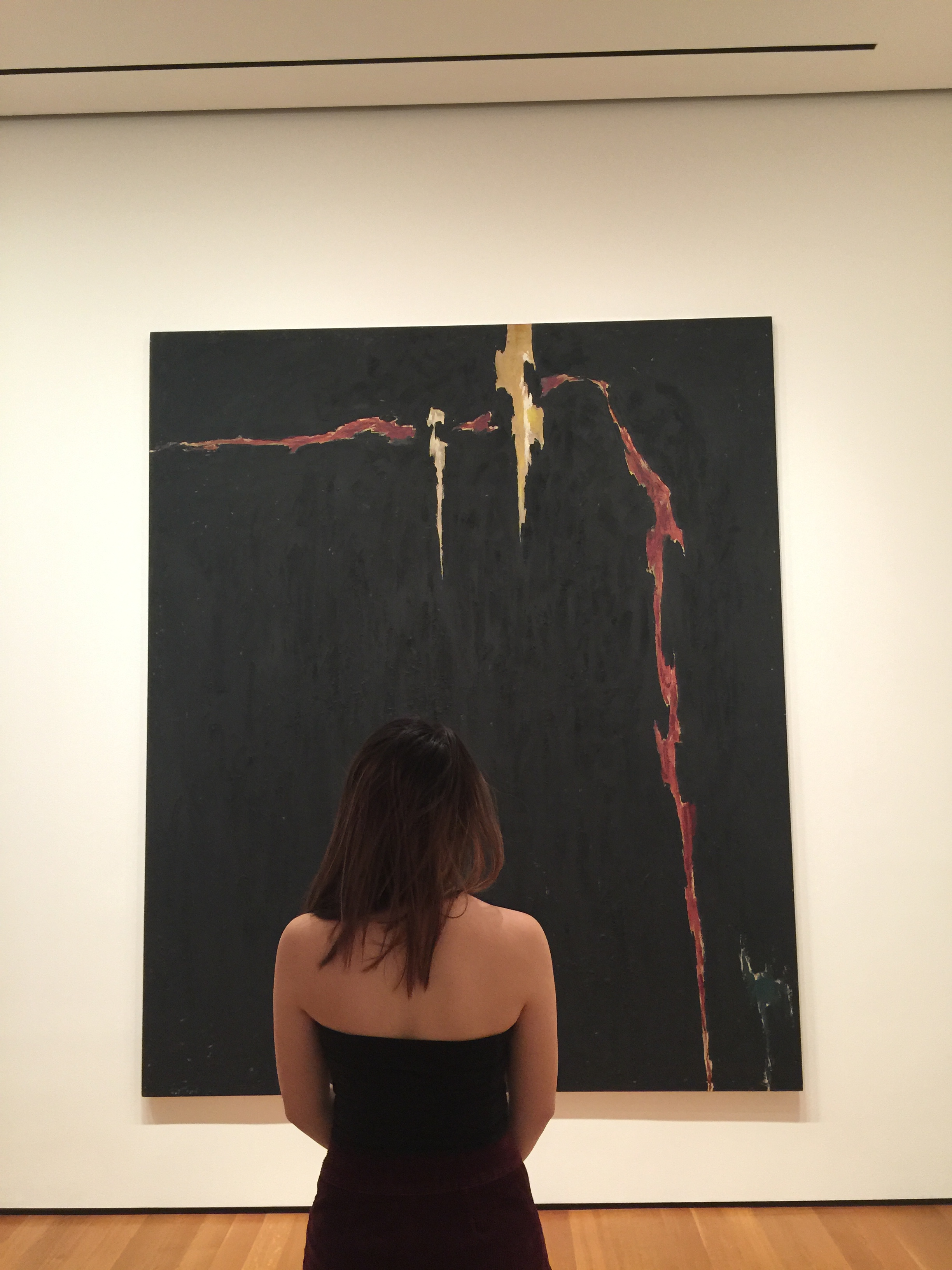 Photo taken in the Museum of Modern Art, New York

Now, the argument may be brought up that the dress code is doing nothing but protecting girls from desires of anyone who may see her in a “scandalous” tube top. But if this is the case, why punish the victim for expressing themselves instead of the perpetrator for having said desires in the first place? The system backwardly blames the victim and humiliates them so that some teenager doesn’t “get distracted” by the thought of bare skin. People show bare skin every day. It’s not that big of a deal. So why restrict the expression of effectively 50 percent of the population so the other 50 percent doesn’t get riled up over nothing?

Students may need not to worry much longer. Two Redlands East Valley juniors Bryant Miller and Amber Chapman are working to change the muddle that is the dress code. With the creation of their Gender Equality Club and meetings with staff members, they have convinced the REV staff to let shoulders be shown with thick bralettes. This may not be the overhaul the school has been waiting for, but it is a welcome addition. Miller and Chapman are actively continuing to work to get the more outrageous portions of the dress code changed.

The student body should actively work towards correcting the dress code, and the first step starts with those reading this article. Voice discontent and together the student body can correct that which begs to be changed.