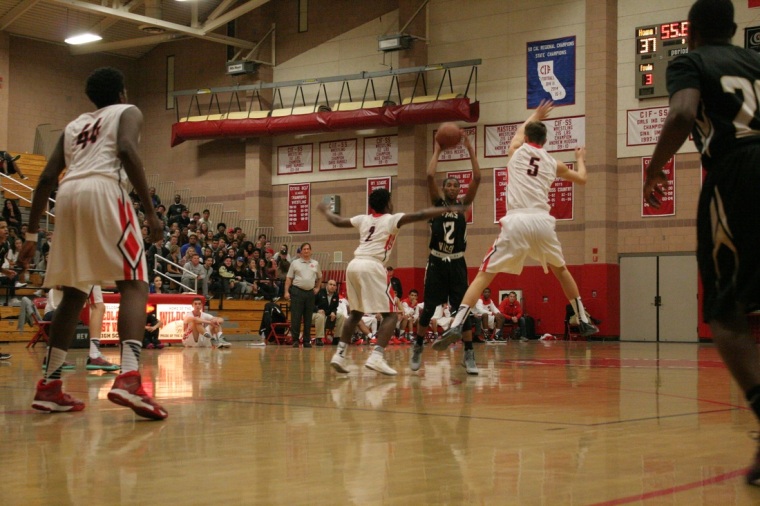 By LAYLA ABBAS
On Jan. 15, the Citrus Valley Blackhawks and Redlands East Valley Wildcats piled into the REV gym to watch a much anticipated varsity basketball match-up. CV and REV put on a game filled with an immense amount of action.

It was an aggressive and lively first quarter. Three-pointers were put up by CV’s Mateo Blocker and DJ Snavely to take an early lead. REV responded quickly with Brett Vansant and Ryan Aranda throwing up three’s to end the first quarter.

Kim Aiken contributed five points in the second quarter and 19 points throughout the entire duration of the game.

Trailing the Blackhawks by one at the end of the first quarter, the Wildcats would quickly recover by building up a nine point lead by the end of the second quarter.

Coming out of halftime, REV showed little hesitation in scoring as they returned for the third quarter.

Aranda started off the third quarter with a three pointer, extending the Wildcat lead to 12 points. The lead continued to increase with Bryce Lawson’s layup and free throw shot.

CV’s Ethan Bell and Blocker would react by both putting up three pointers.

REV continued their lead into the fourth quarter and for the remainder of the game.

After gaining an early lead in the first quarter, the Blackhawks struggled to keep up with the Wildcats as REV walked away with the win in a final score of 56-33.
​
CV’s Joey Stowers reflected on the game stating that “his team came out with a lot of confidence, but had errors in offensive and defensive plays.” Stowers said his team has been rewatching the film and will, “be ready for REV when they come to our house.”
​
REV and CV will meet for one final time this season on Feb. 10 in the Blackhawks’ gym. 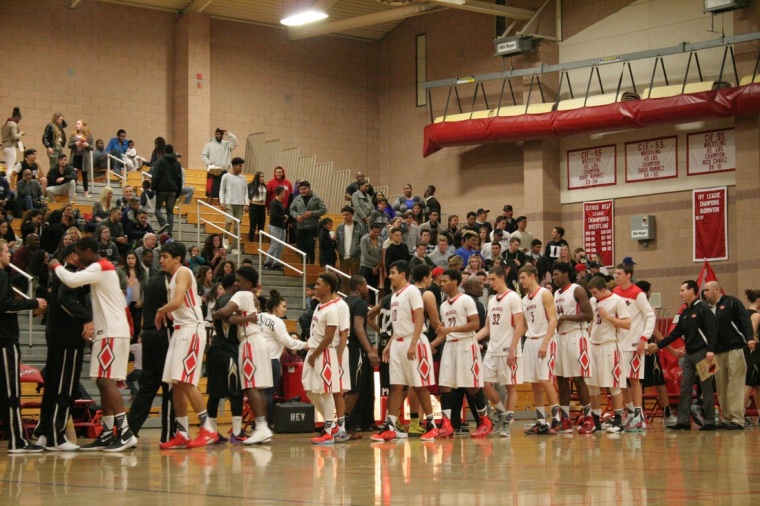